Ever since I first saw Lee Cain’s 45 cm binocular dobson in the book “The Dobsonian Telescope” I was fascinated with binoculars. There’s just something about them, they look like they are more of an extension of the observer when watching the sky. I’ve always wanted to build one and when I was thinking about building a larger instrument than my 45 cm f4.6 String Telescope, it seemed logical to just add another telescope to it. Furthermore, I would not be building a much taller instrument. Something I always disliked about big telescopes is the necessity for a tall ladder when using one. 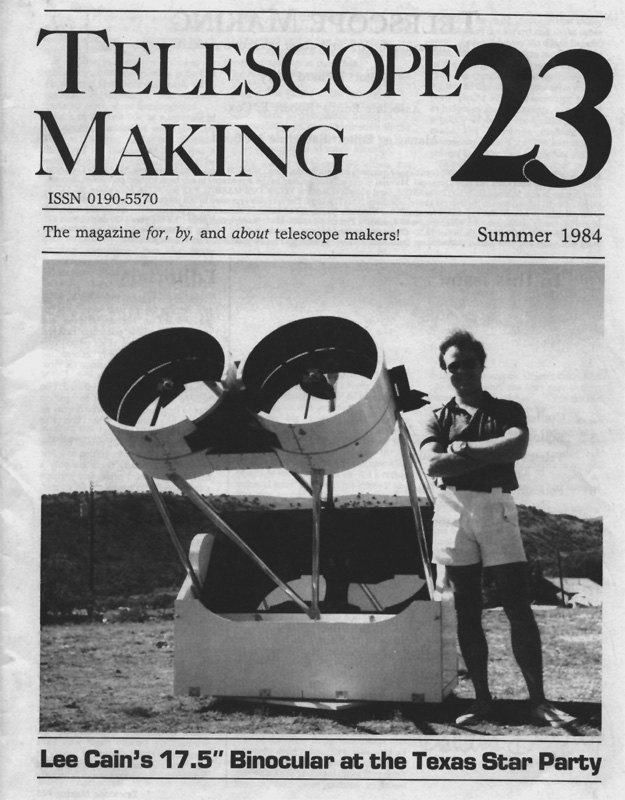 Like with most of my telescopes designing the binocular took some time. I started drawing concepts in the beginning of 2009. The telescope went through some major design changes before I finished the final version in May 2012. Design criteria for the binocular were:

Changes to the telescope in the design phase where mostly due to three issues.

It was my wish to keep the footprint of the telescope small but also to get the max height of the telescope down to an acceptable level. To get to an optimum solution I tried different sizes and positions of the altitude bearings.

This issue is something everybody that builds a binocular telescope must deal with. How do I merge two images in an easy and effective way? There are basically two possible ways to merge the images of the “two telescopes”. You can make what are essentially two telescope tubes that are collimated individually and that are setup to move horizontally and vertically for merging the images in your eyes. Another way is to fix the two “tubes” in position and merge the images by tilting one or two main mirrors. The first method is preferred because the collimation of the optics is not effected when merging. However this configuration is really not suitable for larger telescopes. Mainly because there is no way you can make a design with this configuration that’s lightweight and relatively compact. This configuration would however have preferable if my telescope didn’t need to be portable. So I choose the second method of merging images.

This was how to deal with adapting the interpupillary distance (IPD) which varies from person to person. This problem needs to be solved to allow more people to use the telescope. It was the one that has kept me up nights for a least a year. Again there are basically two ways to adapt the telescope to different sets of eyes. You can either build rotating tops or use double focusers (or some other way that changes the focus when merging). Choosing one or the other has a big effect on the way you can design the secondary rings.

Experiments with both methods resulted in several designs.

The first sketchup 3d drawing was made during the spring and summer of 2009. I tried to go for a minimalistic design with a trilateral altitude bearing and exposed mirrors. I intended to use sliders to focus and to use focusers for IPD changes. I abandoned this design because a) the mirror were to exposed, b) the focus mechanism was to complicated, c) I wanted a smaller rockerbox. 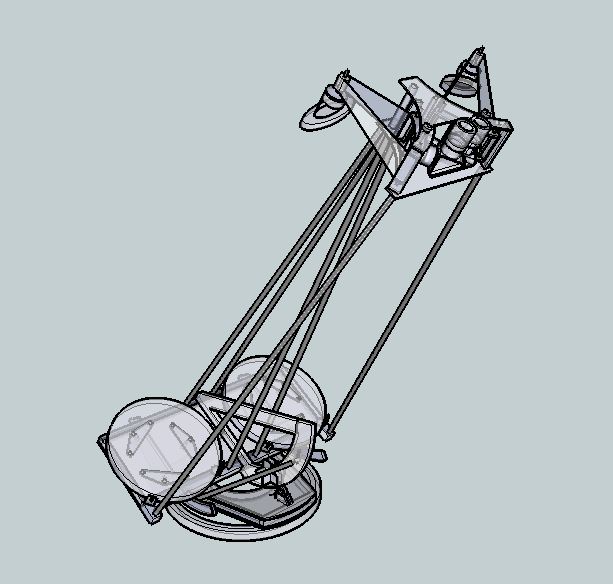 I made this design in 2010. I still hadn’t decided which method I was going to use for changing IPD. In this design I wanted to use double focusers but I was struggling to design vanes that were strong enough to handle the weight of the secondary mirrors. 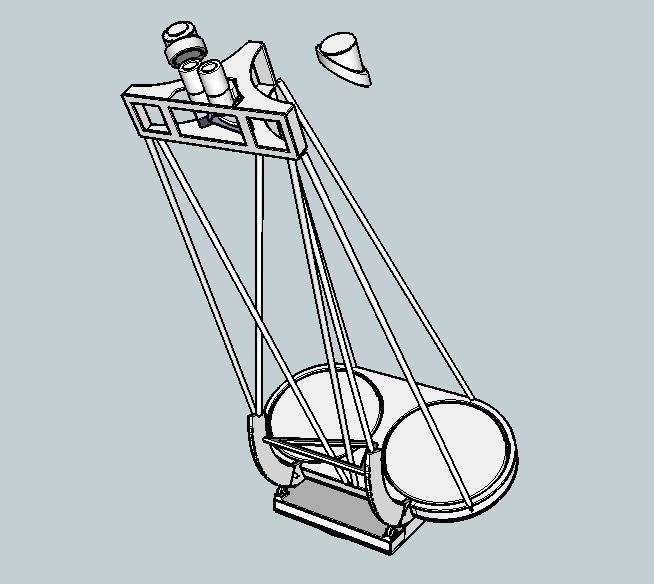 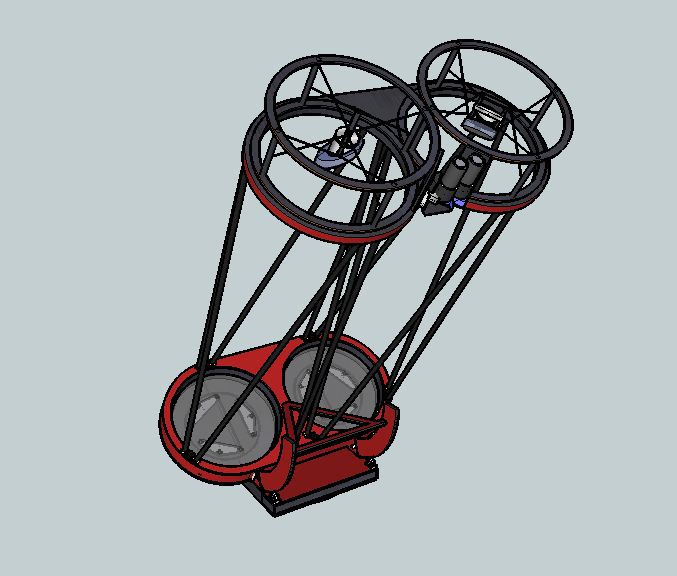 This last design was still drawn in Sketchup. I redraw the telescope in a better CAD program to get accurate measurements. In the end the final design pictured here isn’t as radical as I had hoped, but will hopefully work out to be a great telescope. After designing for more than 3 years I was finally ready to start building.